A few examples for comparison: with a single kilowatt hour you can brew 70 cups of coffee or toast 133 slices of bread. With one million kWh, an electric car could drive around the world 125 times or four families could run their household for about 50 years.

“Our solar plant was installed over the course of two years and has made a useful property out of something that was basically dead space”, says Mathias Hunold, pleased. “Since we have a high demand for electricity, most of what we produce is actually used for our own needs. I didn’t think it would take that long, but over time we have produced roughly the amount of energy we consumed every year when we installed the system!” The managing partner continues: “You feel like you’re doing something good for the environment.”

The region is also aware of it: The environmentally conscious use of energy is attracting more and more attention to the company. Besides, H+K customers worldwide benefit because they are supplied by a company that is actively involved in environmental protection.

We are delighted that we are producing electricity with little effort – and a lot of help from the sun – and are working on the next million. 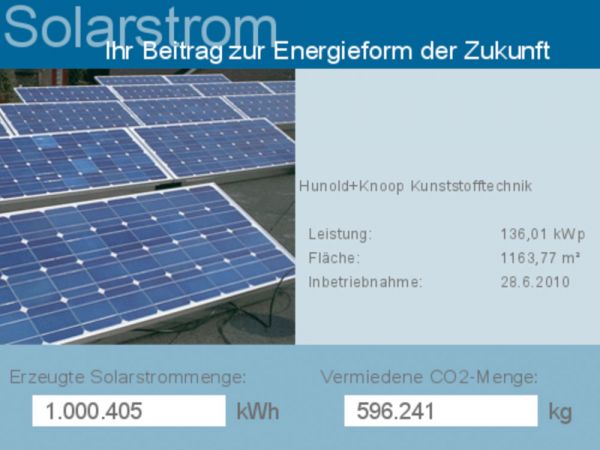 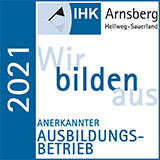